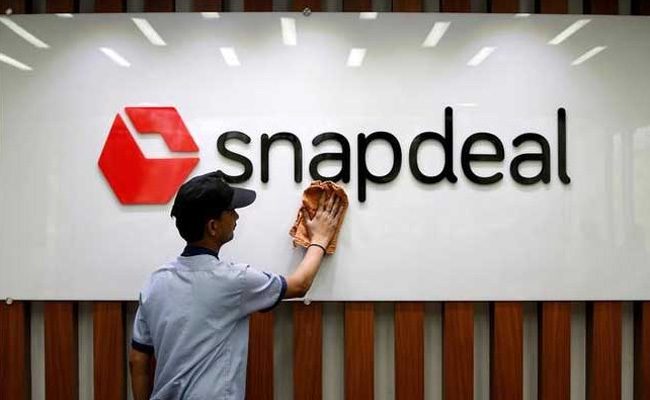 Snapdeal, as opposed to other companies going for sale, may offer Rs. 193 crore bonus to it’s employees if the sale to Flipkart goes through successfully.

Employee Will Be Paid Out By The Employer

As per an informer, if the deal would go through as expected then the founders will contribute almost 50% of their payout i.e. USD 30 million for the proposed conspire that would include all of the current personnel of the company which has almost 1500-2000 staffs.

They also said that, “The founders have asked the Board to carve out USD 30 million (about Rs 193 crore) from their settlement for payouts to the Snapdeal team. They want to ensure that the team does not get sidelined in any manner.”

Executive Who Left Will Also Get Benefits

It was also announced that some ex-executives of the company who have recently left could also get this benefit. The vision is also to make up for the ESOPs that were provided to senior representatives.

Well one of them also said that, “The value of their shares and options have eroded and would be worthless once the deal is signed”.

Deal Extended To The Employing Who Haven’t ESOPs

The payment from the deal is also likely to be extended to employees who do not own ESOPs as a gesture for their faithfully commitment towards the company and staying with it till it’s sale to it’s rival Flipkart.

How Much Founders Will Get After The Deal

It revealed that if the deal will be successful then the founders will get USD 60 million and half of which will be distributed among the employees.

Japanese giant which is Snapdeal’s biggest backer, Softbank has begun the process to offer Snapdeal to its biggest rival Flipkart.

Somehow it has figured out how to get approval from other board members (that include Founders, Kunal Bahl and Rohit Bansal and Nexus and Kalaari investors) for the potential deal.

Nexus Venture Partners could draw near to USD 80 million and a stake after the deal while Kalaari could earn about USD 70-80 million.

Well it is already mentioned in the previous article that SoftBank owns a 30% of the total stake in the Snapdeal whereas other Nexus and Kalaari own 10 and 8 % stakes respectively.
Deal Would Be Signed Soon

Flipkart is soon expected to start the process for acquiring Snapdeal and due diligence is expected to be completed soon by both the parties.

Snapdeal has been a witness to a large number of exists either voluntary or involuntary in the recent past. Though the company had given a raise of 15% to it’s employees, still large section of the group was concerned about their future after the acquisition which had been in News for some time.

Snapdeal has seen a downward path in term of revenue and has faced fierce competition from it other competitors namely Amazon and Flipkart.

Snapdeal’s Value After The Deal

This deal would value the Snapdeal at almost USD 1 billion whereas it had a valuation of almost USD 6.5 billion in the early of 2016.

SoftBank had as of late said it endured loss of USD 1 billion (Rs 6,500 crore) on its interest in Snapdeal amid 2016-17 which is almost equal to the money it put in the company.

The Deal Would Be A Markstone In Indian Marketplace

The deal of Snapdeal sale to Flipkart, if completed would be saved as a biggest acquisition in the Indian marketplace and change the scene of the segment that is experiencing the extraordinary rivalry among players.