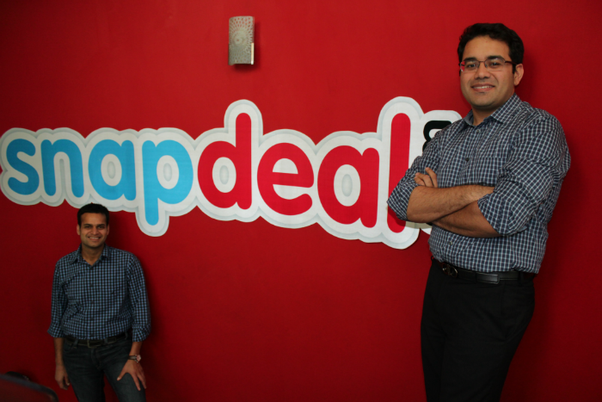 Home » Blog » Snapdeal Said: Founders Primary Concern Is Staff And Their Well Being

Snapdeal Said: Founders Primary Concern Is Staff And Their Well Being

Even though SoftBank, the largest investor in Snapdeal is trying to sale out this market giant, Kunal Bahl, the CEO of the company has assured his employees a higher raise as compared to previous year. In a letter from Bahl, he reiterated the fact that employees’ well being is still the tip most priority in the company and that the increments would be higher than last year.

The letter addressing around 3000 employees arrived on Sunday morning. It mentioned that the parent company Jasper Infotech’s major stockholder, SoftBank is trying to sale off the company and is in talks with few potential buyers. The process is expected to come to a conclusion in next few weeks.

Rohit Bansal and Bahl conveyed through a country-wide email, “While our investors are driving the discussions around the way forward, I am reaching out to let you know that the well-being of the entire team is mine and Rohit’s top and only priority. We will do all that we can, and more, in working with our investors to ensure that there is no disruption in employment and that there are positive professional as well as financial outcomes for the team as the way forward becomes clear.”

This mail might be the outcome of various anonymous posts across different social media platforms by Snapdeal’s staffs. These posts raised concerns about the company’s future and the next steps it is going to take.

Since early 2017, parent company Jasper is laying off it’s staff from it’s three major units that includes Snapdeal, Free-Charge and logistics firm Vulcan Express. The reason citied for the same being to bring down the costs. This email attempts to pacify and build a trust in the employees assuring a higher raise for 2016-17 financial year as compared to last year.

As per founders word, “In the interim, the annual performance review process is nearly complete and you will receive the salary revision and promotion letters (where applicable) over the next two weeks. Given the incredible progress we have made around our profitability journey as a company, the overall increments this year are higher than those offered last year.”

SoftBank has put about $900 million in Jasper Infotech and it gives a stake of 33% in a Gurgaon based online commercial center to the Japanese company. In the meanwhile it started settlement with its stronger opponent Flipkart and propose Snapdeal to it at $1Billion. Snapdeal which during it’s golden period was evaluated at $6.5 billion will now be sold after SoftBank gets an affirmative response from atleast two other major shareholders in Jasper Infotech. According to the agreement among the Shareholders, of the four major shareholders that includes Tokyo based SoftBank Group Corp, Kalahari Capital and Nexus Venture Partners and founders Bahl and Bansal, three must agree with the merger with Flipkart for the sale to happen . Currently these four shareholders control six out of seven seats in the board.

According to reports if this deal comes into being, it would take four to eight weeks to close it completely. The closure of this deal would also open doors for SoftBank into the country’s largest e-commerce company. If sources are to be believed, this merger would help SoftBank to acquire a significant share in the company for around $1.5 billion.