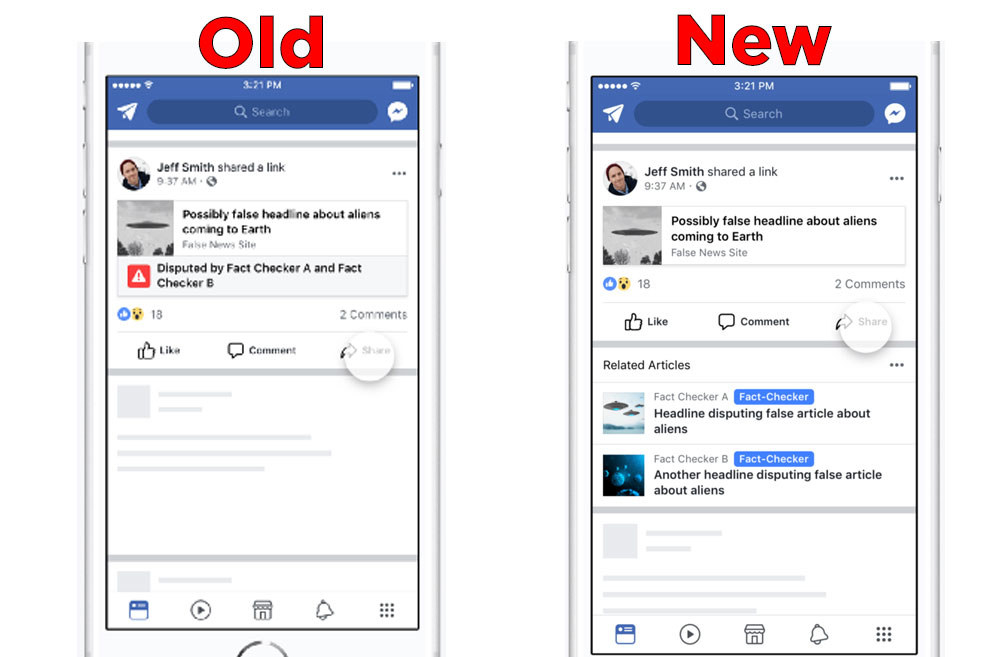 With the introduction of Trust indicators and Identification Tools in previous months, Facebook’s latest development comes with the replacement of disputed flags with relates articles that will help in alerting the user about any fake news.

What Facebook has to say on their latest switch?

Facebook stated this change is academic based said “Academic research on correcting misinformation has shown that putting a strong image, like a red flag, next to an article may actually entrench deeply held beliefs – the opposite effect to what we intended,” Tessa Lyons, product manager of Facebook also stated “Related Articles, by contrast, are simply designed to give more context, which our research has shown is a more effective way to help people get to the facts. Indeed, we’ve found that when we show Related Articles next to a false news story, it leads to fewer shares than when the Disputed Flag is shown.”

What was the problem with Fake–News flag?

Flags worked adequately in alerting about fake news but it didn’t displayed the part where the article was fake. Another problem was that the icon requires at least two fact checkers to determine the validity of the news. But, it could not be checked properly as the organizations who checked the fact of the respective areas were very few in number.

These Related Articles validate the news and also showed the part where the article was fake. While using the relevant links or flag on the article led to lesser shares and these were from the same organization that were checking for the facts. It is also coming up with another development that will heighten up the research on fake news and improve the content quality on the platform.