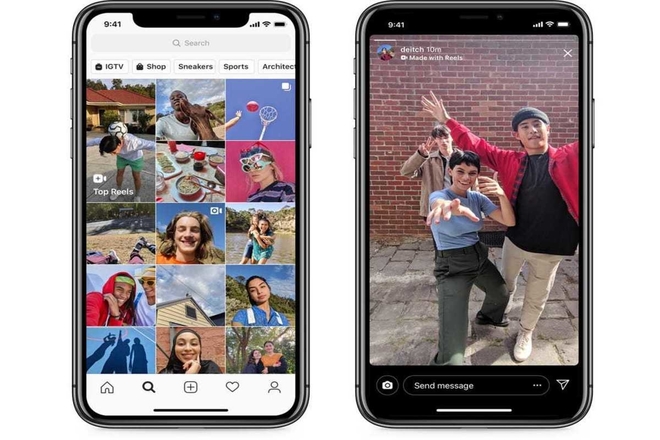 “Instagram has made lucrative offers to some of TikTok’s most popular creators to use the new service, Reels, according to people familiar with the matter. […]The potential payments for some would be in the hundreds of thousands of dollars, some of the people said.”

Facebook previously said that Reels will launch in many more regions in August while the option is available in Germany, Brazil, France, and India.

Reels, which is an alternative app of TikTok, can provide a stable platform to TikTok creators who are concerned about the ban of the app in India. However, after the ban of this Chinese app, Indian-market has developed many alternative apps like Reposo and Chingari, which resulted in a huge number of downloads. Youtube also welcomed TikTokers across its platform. After looking at the ban of the app in many regions, Facebook will be looking for the creators to accept their offer to make content on their platform.

According to the Wall Street Journal:

“A popular teenage TikTok user with millions of followers said that he would likely join Instagram Reels after the company reached out earlier this month. He declined to discuss the details of the call, saying that the company wanted him to be discreet.”

Facebook may use these newly signed creators in their major campaign to announce the broad release of Insta Reels.  Truly, it bodes well for top makers to think about Facebook’s offer. While TikTok has become a significant social stage, it doesn’t yet have an adult eco-framework for guaranteeing top makers get paid for their work. It has its Creator Marketplace, where brands can associate with influencers for their advancements, and it’s growing its advertisement contributions to help its income. Still, it’s not in a situation to give anyplace approach the built-up income streams that both Facebook and YouTube can offer to top makers on their platform.

In response to the Facebook move, TikTok came up with the $200 million creator fund, which will be distributed among the top creators. However, the US regulators have kept a close eye on the app. But again, looking at the ban on the app in many regions, creators may see Reels as the secured platform.