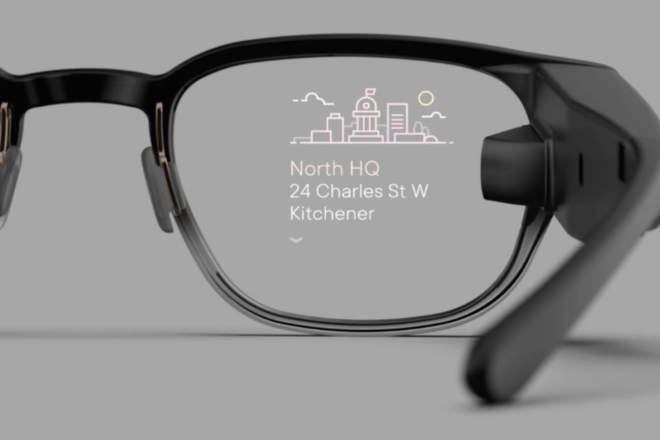 Google bought augmented reality (AR) company Focals by North. Focals by North offers access to mobile apps through a heads up display that only the user wearing it can see. As per the North support pages, the Focals lets users watch the weather, baseball scores, answer texts, use the calendar, and more useful functions.

Google got failed with its own Google glasses as they looked awkward and bulky. Google was working on it in a way to put a laptop on your face. The built-in camera gave views of being creepy. Many restaurants denied their use so as to safeguard the privacy of other patrons. Focals by North are useful and discrete, they are not the computer as computing power is in the user’s cell phone. The glasses pair up with mobile phones through Bluetooth and works as a controller and a heads up daily.

The Focals by North are stylish compared to bulky Google glasses and operating Focals is discrete. As per an article, Focals are used by a mini joystick and messages can be answered by using the pre-made suggestions, as it required no typing.

In terms of the search marketing community, it means that the Internet ecosystem earlier predicated on web pages displayed on desktop and on the laptop, which continued to evolve into a presence that is shifting to AR and voice technologies. The trend is related to technology that goes away into the background to what Google calls it ambient computing.

“From 10 blue links on a PC, to Maps on your mobile phone, to Google Nest Hub sharing a recipe in the kitchen, Google has always strived to be helpful to people in their daily lives. We’re building towards a future where helpfulness is all around you, where all your devices just work together and technology fades into the background.

We call this ambient computing.“