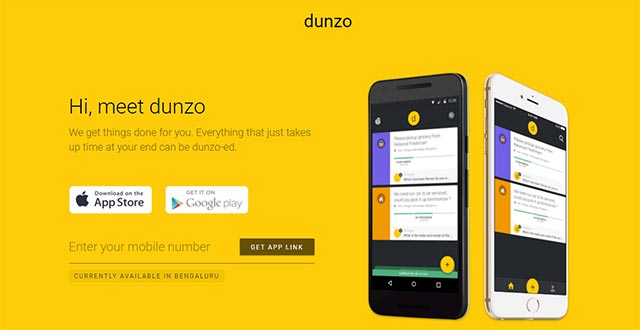 American multinational technology company Google has picked up a significant minority stake in Indian startup and delivery player Dunzo. For Google, it’s the first direct investment in an Indian startup which shows how the global search giant is quietly getting into an investment mode in the country.

Building an Ecosystem in India

Google has led a total sum of $12-million investment in the Bengaluru-based startup as part of its ‘Next Billion Users’ push, as it is planning to build an ecosystem in India across high-frequency hyper-local transactions as well as in the healthcare, financial services, and education sectors.

The technological firm is planning to build an ecosystem in India similar to those of Flipkart, Paytm, Alibaba, and Amazon India, who are investing significantly across food-delivery, grocery, and local services.

Dunzo, currently present only in Bengaluru, runs an assortment of errands for users, such as picking up food from restaurants and groceries from stores. It was initially launched on WhatsApp in 2015.

“Dunzo, as a product, is now ending up replacing the local search experience. Largely, the goal with the product has been how do you make ‘local’ easy—either it is moving stuff or interacting with local.

Planning for an Expansion