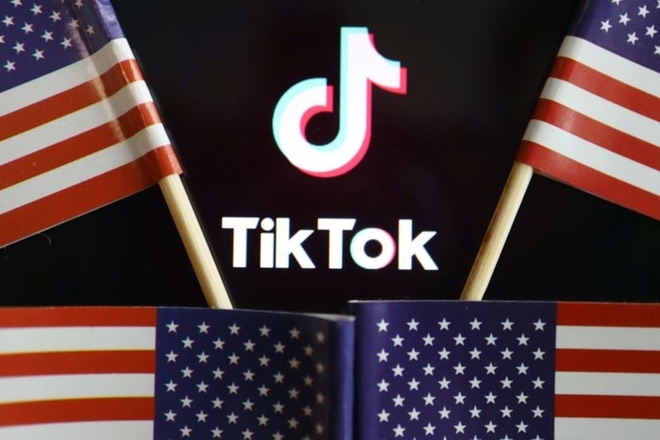 Home » News » US Government Tries To Expel Its TikTok Ban

US Government Tries To Expel Its TikTok Ban

The US government according to a new filing has appealed the ruling that blocked the Trump administration’s ban on TikTok. U.S. District Court Judge Carl Nichols in Washington on December 7, 2020, has blocked the Commerce Department’s attempt to block the TikTok app from being downloaded from U.S app stores stating threats to the national security.

The Trump administration raised concerns over the TikTok app due to its Chinese ownership and the potential risk of user data being accessed by the Chinese government. This, therefore, resulted in Trump banning the TikTok app from the U.S market. TikTok then stated to fight the order in the court and was also in negotiations with the American companies over the expected sell-off of its operations in the U.S. if in case the order was upheld. However, before the ruling, a group of TikTok creators protested the ban saying that the ban would have harmed them to lose their income via their brand sponsorship and in other ways.

Therefore, in regard to this order Judge Nichols in a different case led by TikTok ruled that Trump overused his power in an attempt to ban the app from the U.S. stating the action as “arbitrary and capricious.” A spokesperson in the U.S. Commerce Dept. stated at the time of the ruling that it will still comply with the injunctions but intended to  “vigorously defend the [executive order] and the Secretary’s implementation efforts from legal challenges.” The decision, today has been followed with an appeal. The decision of TikTok’s ban is of course will eventually reside with the incoming Biden administration.

On December 7, 2020, the United States District Court for the District of Columbia granted a nationwide preliminary injunction against the enforcement of Executive Order (E.O.) 13942, limited to the Secretary of Commerce’s Identification of Prohibited Transactions with TikTok/ByteDance. The court’s ruling is consistent with the nationwide preliminary injunction granted by the United States District Court for the Eastern District of Pennsylvania on October 30, 2020. The Department maintains that the E.O. is fully consistent with law and promotes legitimate national security interests. The Government will continue to comply with the injunctions and has taken immediate steps to do so, but intends to vigorously defend the E.O. and the Secretary’s implementation efforts from legal challenges. 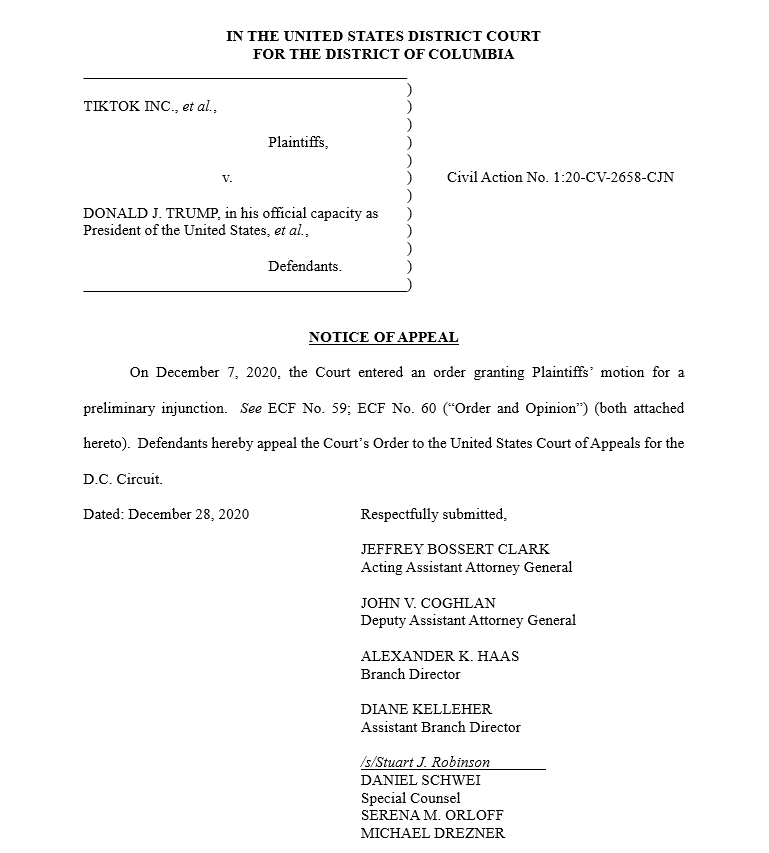