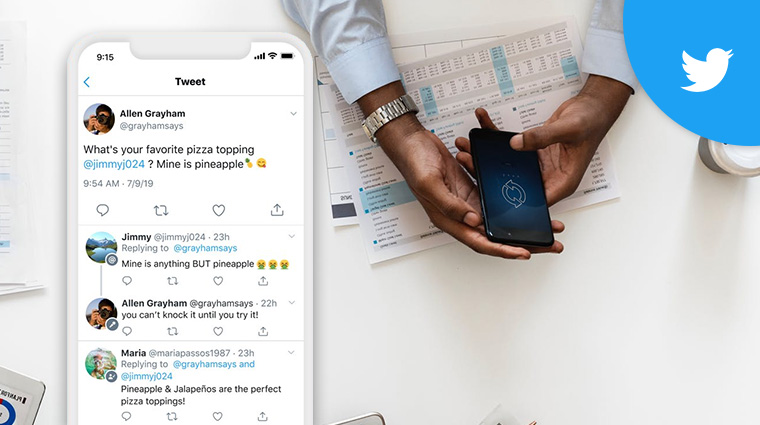 Home » News » Conversation Threads On iOS Has Been Launched By Twitter

Conversation Threads On iOS Has Been Launched By Twitter

After a long time of Beta testing, Twitter has finally introduced an element of the ‘conversational’ feature update. It was in testing from around the last six months.

We’ve given conversations a makeover on iOS. When people you follow are in a conversation, you’ll see their replies in a new way in your Home timeline.

This new layout makes it easier to see who's replying to who so you can join in on relevant conversations. pic.twitter.com/xNmnAtQFeI

New ‘threaded’ conversation update if for iOS app, which will let us know the reply given by the people we know on any tweet.

The earlier update of threaded replies in September 2018, was focusing on improving tweet engagement.

The update will let us know the active people whom you follow on twitter, are replying to any tweet or engaged in any tweet conversation. It will not have any color-coding or any special filter of tweet author’s responses, however, it is somehow similar.

It is a bit surprising that twitter took a very long time to introduce conversational features that are being tested on beta testing via twttr app. However, initial results were not up to the mark, by the measures being used, therefore various tests were made to get a proper update.

Twitter planned its tweets through Sprinklr or we can say, TweerDeck, this is an another interesting feature.

Soon reply layout will be seen in Android too