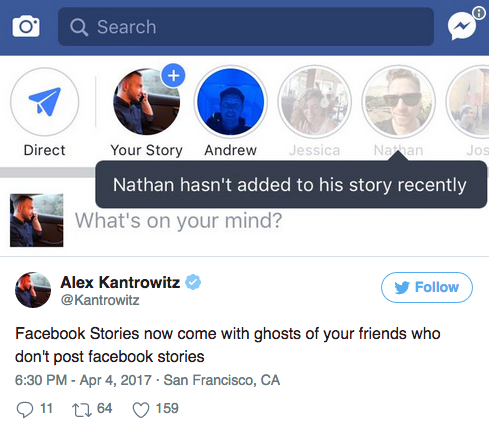 Facebook Stories are about to migrate to desktop users and not only for viewing. Recently, Facebook has been testing desktop uploads for the self-deleting 24-hour log. After their grand alteration with News Feed, Facebook is now rolling out the option after their Stories viewing option introduced last year.

What is the testing about?

Within this latest feature, the user can upload Story from desktop and move the option of Stories above News Feed. This test is limited to fewer users. Facebook began testing the feature on top-right hand column of News Feed in desktop which has now been made available to the number of users. Friends that have contributed to the Story will appear in those circles.

Launched at the beginning of 2017, the inspiration behind such a concept has been Snapchat whose focus was largely on mobile. The idea behind such a feature is for the users to share photos or short videos which would be on the platform for 24 hours and will then get automatically deleted after a log of 24 hours. Another feature of the Stories was Snapchat-inspired where the user could click an augmented reality selfie.