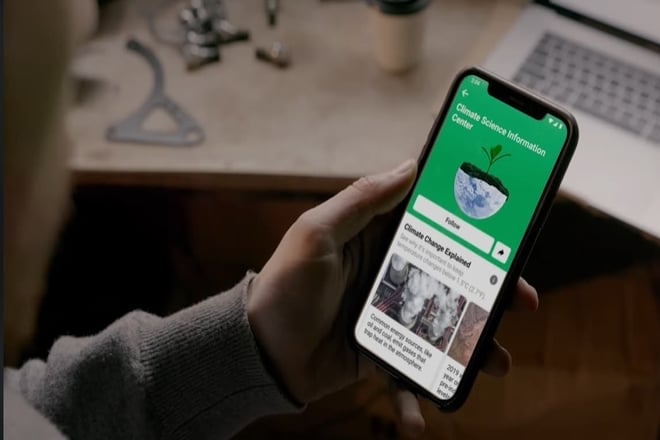 Facebook has officially declared the growth of its “Climate Science Information Center.” With this, the platform is also running some new tests of alerts on posts for climate change. The main purpose of doing so is to create awareness about the impact and what are the necessary steps to take on.

The new prompt test will first run in the UK, in which Facebook will include some more labels on some selected posts of climate change.

In the above image, it is clearly shown that new pop-ups are either triggered with words or by the content of the article shared. This will directly redirect users to the Facebook Climate Science Center. This will help the user not sharing false or misleading information on the platform.

It seems like the alerts messages are the same that Facebook has during election time for not circulating the misinformation.

The method over here is the same, gathering information from the expert in a dedicated section, then redirecting users to this dedicated section. This will further increase the awareness and understanding among the users.

We added a section that features facts that debunk common climate myths – including too much carbon dioxide in the atmosphere harms the earth’s plant life and polar bear populations are declining because of global warming. To debunk the myths with current and specific facts, we’ve brought in climate communication experts from the George Mason University, the Yale Program on Climate Change Communication and the University of Cambridge.

From today onwards, the following are the countries that can use Facebook Climate Science Information Center:

Apart from this, Facebook will now redirect users to the UN Environment Programme, whenever they search for information for climate change where Facebook’s Climate Science Center is not present.

According to Facebook, they are working to make sure that post-climate-related are checked. Further, the platform is also looking to expand its climate information center in more regions.