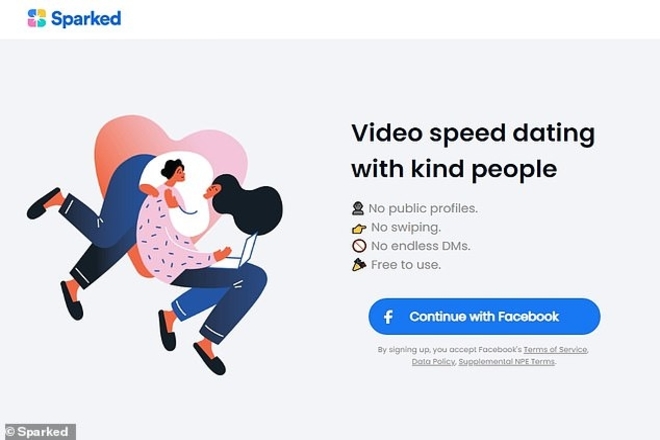 Facebook’s ‘New Product Experimentation’ team has started testing its latest project, a video dating app called ‘Sparked’ which will allow users to hold video chats of 4 minutes duration with the potential matches so as to decide whether they are suitable before moving ahead.

As seen in the picture above, the app focuses on ‘skip the swiping’ eliminating the most impersonal elements of modern dating so as to give more exact matches on the basis of your traits. You then can follow up with a longer duration video chat to assess suitability after the short video chat with potential matches. The Sparked highlights its main features as being a “no public profile, no DMs, no swiping with a dating app that is free to use in order to be different from Tinder and other mainstream dating platforms. Sparked also looks to emphasize more on the kindness within the process, with users responding to the question put up by Facebook’s team before approval as seen in the image below.

It seems like an interesting addition to Facebook dating. It could be something or maybe nothing, but it is a good indicator of where Facebook is looking out in regard to the functionality trends. There’s no plan for a wider roll-out, as such, at this stage.