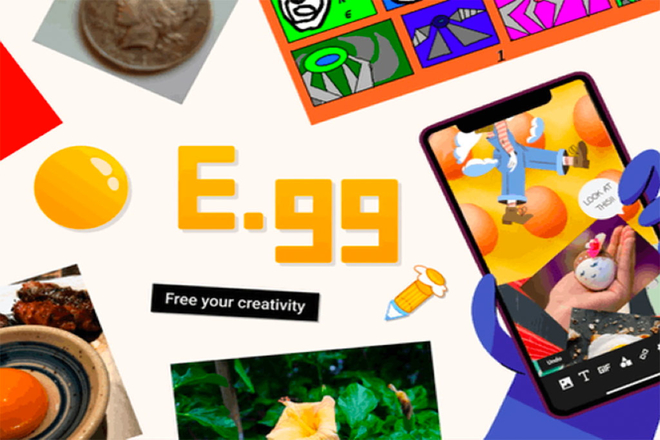 Facebook’s NPE Team has announced the launch of its latest app, E.gg, to a wider audience. The app is a creative tool that is described as a “digital zine creator” and “GIF collage bonanza,” was declared previously this year, but was only taking on users through a waitlist until now. It is available in the App Store for all the users to download from today.

The app lets users design and share canvases, that are actually mixed media “artsy” collages created using an integration of images, text, and/or GIFs. A unique URL is given to what you make in E.gg, letting people see your content even if they do not have the app installed. You can directly browse through other people’s work in the app and you can even reuse the content you like on your own pages with attribution.

Experimental new platform for weird and wonderful expressions of who you are and what you love,” adding that the inspiration for the project was the “raw and exploratory spirit on the early Interwebz.

Basically, the earlier days of the web came out in weird and not so good creativity as users were trying out what was possible- from dancing baby GIFs to awful font choices to tacky website backgrounds.

Facebook states that in the early testing phase users used to create fan pages, guides, tributes, profiles, collages, recipes, and more. Also, creators were complaining in the beta period that their people were stealing their work by using their content without permission or credit. Facebook took everything into consideration and came out with a statement that the main reason behind the app being in the beta phase is to get feedback about the issues it needs to correct before actually rolling out for everyone. The company, therefore, claimed that it will put a hold on expanding the app until and unless it fixes all these issues.

Facebook states that it has fixed the attribution issues, as now on the desktop the company is testing out an “attribution” button on the bottom, left of the page, and “bits” on mobile to see who is the artist. E.gg is free and available on the iOS App Store in the U.S.