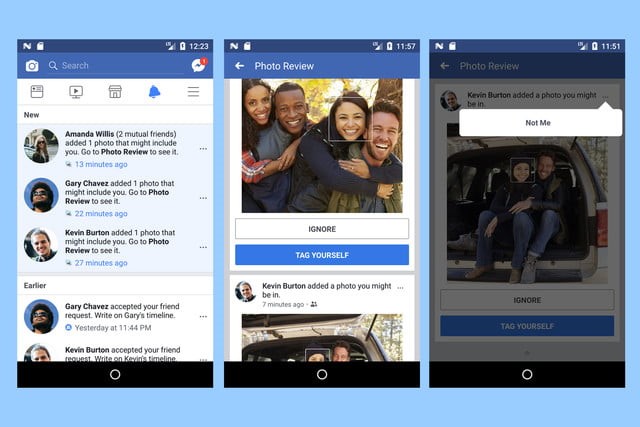 Facial Recognition Can Save Your Photos from Getting Robbed says Facebook

Facebook’s latest update can make your photos more secure than before. With the same facial-recognition software that was used to tag the Facebook photos will now be used to check whether your photo is being used in a stranger’s profile picture. The company recently announced some facial recognition tools to block such misuses.

How does the tool work to the user’s advantage?

The tool that was used to tag photos will now look for your picture in someone else’ profile. If the facial –recognition tool is switched on then the user will get notified if his picture is spotted on someone else’s profile picture. It will also send notification if they detect any mug-shot that wasn’t tagged. The notification is only sent when the image is shared publicly or the user’s designated groups, keeping the privacy of the photo intact.

More on the feature

Facebook is trying to simplify the entire process within a single setting rather than setting all the sub-categories. The tools are also getting developed for visually impaired that will include the names in the alt-text tool.

The trend of facial recognition

With this latest feature of securing the photos, Facebook previously launched a profile photo tool that was also used for the user’s privacy. Along with this, Facebook was also testing their latest feature to test for a bot by asking the user to go through a photo-based identity test of uploaded photo.

They have created new options to fight harassment that will block the culprit from making a second account on the platform. This tool works by using different signals like IP address that will suggest the user that he is getting the messages from a blocked user.