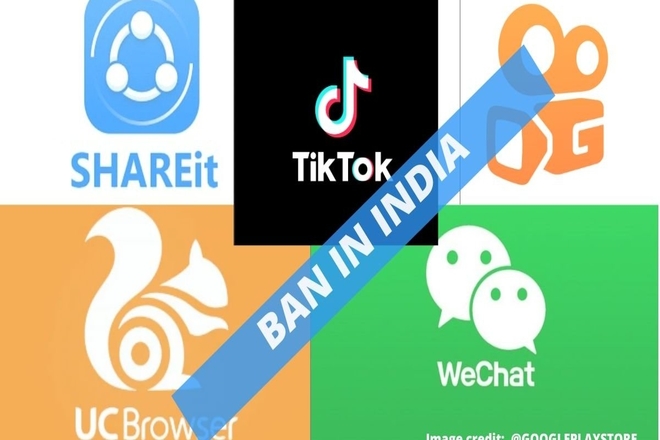 Indian Government has given a major blow to TikTok’s growth momentum by banning it along with few other Chinese apps during the ongoing complications between the two nations over the Line of Actual Control.

“The government of India has decided to ban 59 apps of Chinese origin as border tensions simmer in Ladakh after a violent, fatal face-off between the Indian and Chinese armies. […] The government said these apps were engaged in activities that were prejudicial to the sovereignty, integrity and defence of India.”

Apps like WeChat, TikTok, and Likee are impacted by the decision. But considering TikTok it is a huge blow as the short-form video app has been on the rise around the world and India by far is its main biggest market outside China.

As seen the Indian market is 3x the size of the US market. Indian market may not be great in advertising sense but the Indian market growth is rising and TikTok’s presence in the region was its key to ongoing growth plans. TikTok has already faced uncertainties in this region. The app was banned temporarily last year because of the concern related to its derogatory content which made TikTok remove more than 6 million posts.

Also this year TikTok was in the spotlight when the TikTok stars and YouTube had criticized each other which resulted in the negative reviews of the app in the Play Store which were removed by Google. Not only this TikTok already has been facing instability in the Indian market still the app continued to build its audience. This decision is yet the most significantly faced by the app and there is no way to know for how long will it last. This could also put the focus on other regions as well.

TikTok seems to make distance from its Chinese roots. As it already appointed a US CEO and claimed that its parent company ByteDance is now based in the Cayman Islands. This might be a TikTok way to continue its operations internationally. This is to consider as well that TikTok shifted to separate management of user data for the users in Europe away from its US arm, leading to separating its processes and systems. All these move to point where TikTok moving away from ByteDance and China’s cybersecurity laws which pressure companies to share the information of the users with the Chinese Government. While TikTok still remains to be linked with China, issues will remain.

In India, those links will also be considered amid the present tensions between the nations. Various organizations have cautioned TikTok use due to those links and investigations reveal a high amount of user data that TikTok takes in. TikTok still continues to grow despite all the accusations but as seen here they can lead to huge impacts so quickly for TikTok. Also out of the context, it might be the best time for YouTube to roll its TikTok like “Shorts” option to Indian users.