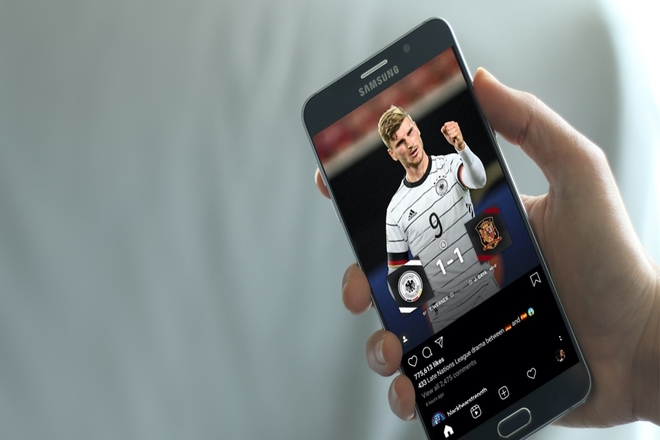 Instagram has launched its TikTok Like ‘Reels” two months back for the users in India after the ban of TikTok and now Instagram is adding a new Reel Tab on the lower function bar removing the search tab for the users.

However, he has not defined ‘momentum’ clearly, as Instagram has not given any previous records and provided the number of users whereas 200 million users were using TikTok when it was blocked. Many top creators and influencers were dependent on the app. Those influencers and creators will move to other apps. Many other video creating apps have gained popularity and Instagram Reels can compete with all other apps being a good player in the Indian market.

German Users have also noticed the Reels tab in the lower function bar and shared a screenshot:

Instagram has announced this feature to officially launch in India only, however, Germany was one of the three regions where Reels are launched. It may be Instagram is testing it on the ground basis and have future plans to launch the ‘Reels’ feature in new regions.

Many have criticized Reels as a copy of TikTok, which is not surprising as Instagram has already admitted. Facebook will be looking for the ban of TikTok in the US, even for a short time to gain more popularity.

Facebook said they don’t have a specific number, but they have seen growth in usage and content creators due to Reels clips.