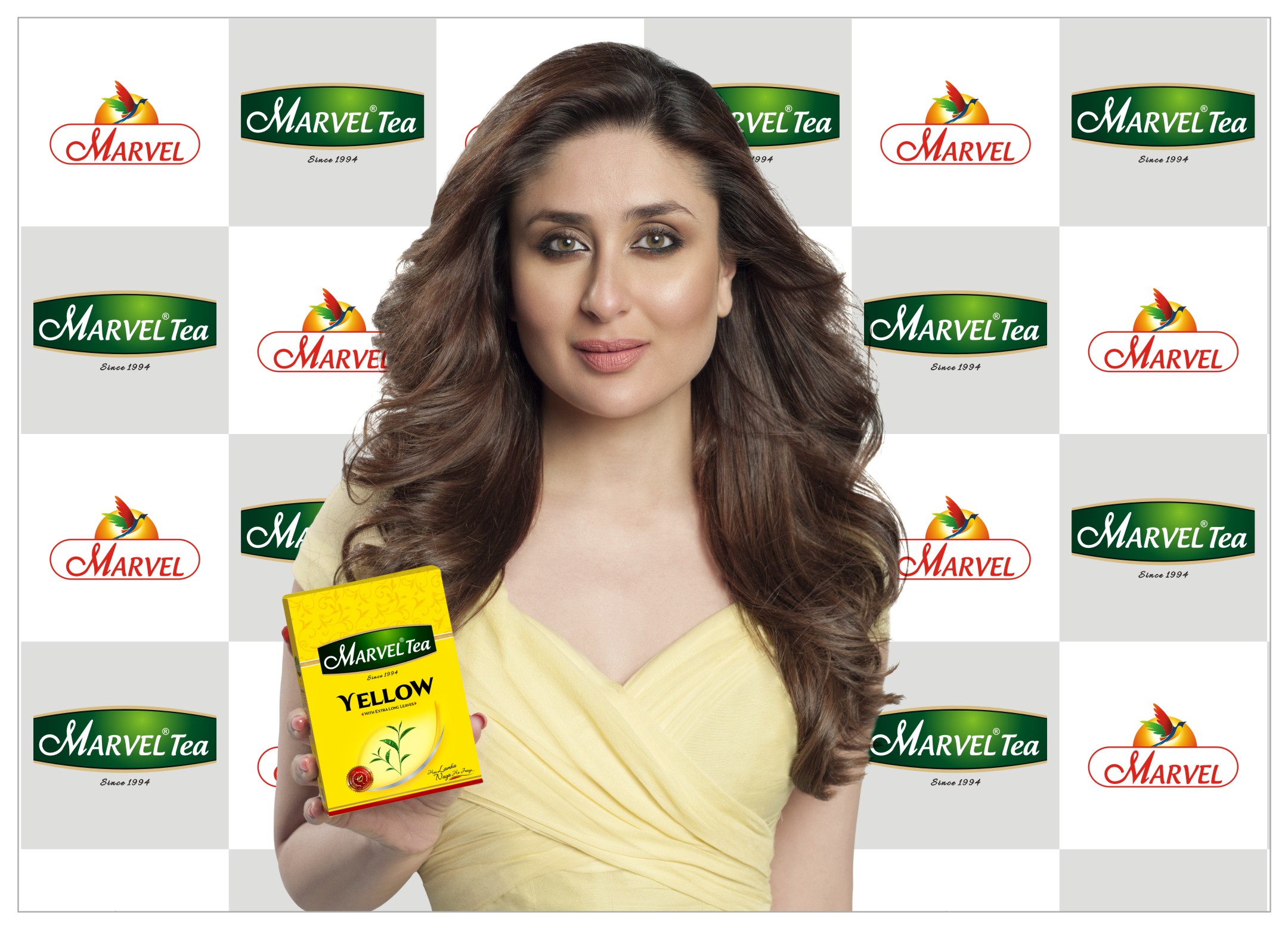 The very talented and refreshingly beautiful Bollywood actress, Kareena Kapoor Khan has collaborated with one of the biggest Indian tea brand, Marvel Tea as their latest brand ambassador.

Marvel Tea, has long been a part of tea industry since 1994 keeping its standard intact with their high quality and taste and creating a name for themselves in the beverage market.

The TVC begins with Kareena Kapoor Khan sipping her cup of Marvel Tea looking vivacious and stunning in her attire and wanders along the streets and garden while admiring the very essence of her surrounding landscape.

The new TVC has captured the scenery of all-time classical London city where the actress was seen strolling along the remarkable places like Trafalgar Square Fountain, St. James Park and Tower Bridge.

Chairman’s views on the campaign

R.C. Jain, Chairman and MD of Marvel Tea commented on the new campaign by saying “Marvel Tea is known as one of India’s top five brands. We thought of having a celebrity for our campaign who is as royal as Marvel Tea. I believe that no one can match up to Kareena’s royal and beautiful look and hence we decided to launch our new campaign with the beautiful and talented actor.”

R.C. Jain further added “This campaign is a true amalgamation of two very important personalities i.e. Marvel Tea and Kareena Kapoor Khan. With “Har Lamha Naya Ho Jaye” campaign, we want to entice the audience with the great taste of Marvel Tea-Yellow. Apart from a 45-second television commercial, viewers on the digital platform will get to watch a making of the film which will be exclusive to social media and will go live soon.”

What Kareena feels on her latest TVC

The campaign is a creation of world famous creative minds which includes Oscar-nominated Mick Coulter, Director of Photography whose famous works includes Sense and Sensibility, Notting Hill and Love Actually.