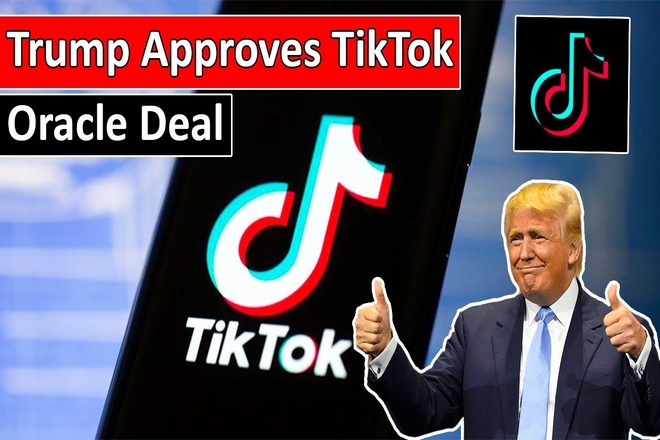 President Donald Trump according to a report from Bloomberg has announced the approval on the Oracle bid for the operations in the US of the popular social media app TikTok.

“I have given the deal my blessing, I approved the deal in concept,”

The spinout of the TikTok’s operations in the US from ByteDance its parent company was that Trump administration raised the grounds that the data handling policy of the company in the US caused a national security threat. The US government has been cutting back the operations of many Chinese companies on the basis of the claims that they pose security threats. US government calls for the ban of WeChat to operate in the US and also targets the telecommunications and technology developer Huawei.

As the deal of the TikTok got approved a new company known as TikTok Global will be formed as per the deal. Trump states that the new company will have its headquarters in Texas and will hire many people and would contribute $5 billion towards US education. Most of the TikTok operations are now in Los Angeles. The head of Facebook’s Instagram subsidiary and the American Civil Liberties both came together with statements against the proposed transaction.

“This order violates the First Amendment rights of people in the United States by restricting their ability to communicate and conduct important transactions on the two social media platforms,”

A US ban of TikTok would be meaningful step in the direction of a more fragmented nationalized internet, which would be bad for US tech companies which have benefited greatly from the ability to operate across borders.