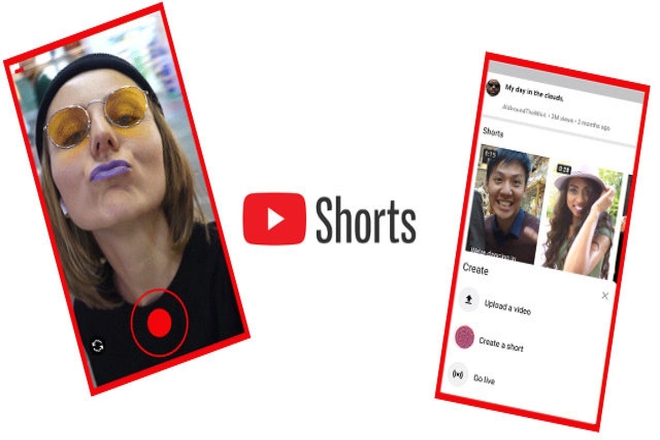 YouTube is launching a new feature called ‘Shorts’ that seems similar to that to TikTok. This feature is being tested in limited markets. YouTube Shorts is rolling out initially in India as it states.

“Shorts is a new short-form video experience for creators and artists who want to shoot short, catchy videos using nothing but their mobile phones.“

Users now have a new create icon in the YouTube app for Android that they can use to start recording.

After posting a Short, it will display in a carousel on the main page of the YouTube that has been designed particularly for the short videos. Users can watch videos by swiping vertically while going through the content from the carousel. YouTube is looking to encourage creators to start preparing by posting any existing short videos they already have.

“This is an early version of the product, but we’re releasing it now to bring you — our global community of users, creators and artists — on our journey with us as we build and improve Shorts.”

Comparisons are being made of YouTube shorts with the leading short-form video app TikTok. It’s difficult not to believe the similarities and also to note YouTube launched this feature initially in a country where TikTok has been banned. With the app is out of the way now, users have been looking out for alternatives. Instagram made the move by launching out short-form video feature called Reels. YouTube Shorts have a major differentiating aspect as it has the most competitive advantage over both TikTok and Instagram combined. Instagram has 1 billion monthly active users and TikTok has 700 million monthly active users whereas YouTube has more than both Instagram and TikTok combined at 2 billion.

Also, YouTube’s monetization feature adds up and makes it more appealing for users to invest their time into it. As there is no as such earning money capacity from TikTok and Instagram Reels.