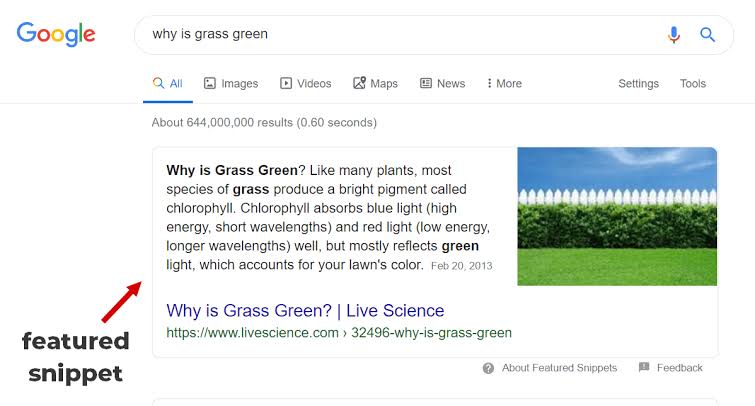 Featured Snippets will start removing today as rollout has been started.

Deduplication does not happen for video featured snippets. It does for a featured snippet-variant that may resemble a Knowledge Panel on desktop, to the right side of results. This will likely stop later this week and resume when those move inline with main results….

The main worry point is that it is some folks saw the rank dropped from 1, 2 or 3 to 11, as Search Console has reported the ranking of normal snippets to position 11. It will regain the position one as Google is trying to move it up, but after looking at the Search Console data, you may get worried.

Glenn Gabe share an example on Twitter “Great ex of what’s happening in GSC for right-side featured snippets now that it only shows up on the right side in position 11+. The center natural position went from 1-3 preceding the change.. Now it’s only in position 11 on the right.”

The video is about the complaints in Last Friday Hangout with John Mueller:

Google is removing deduplication of right side featured snippets until it is moved on the top, it should fix any time.

Danny Sullivan told the right side featured snippet will be moved to the top position at some point:

And looks like not live yet but should be very soon, next few days if not sooner.

I think the main point is that we're going to stop deduplicating there shortly. The move will take longer. After the move, we'll deduplicate again. It looks like deduplication will stop on Tue or Weds of this week.