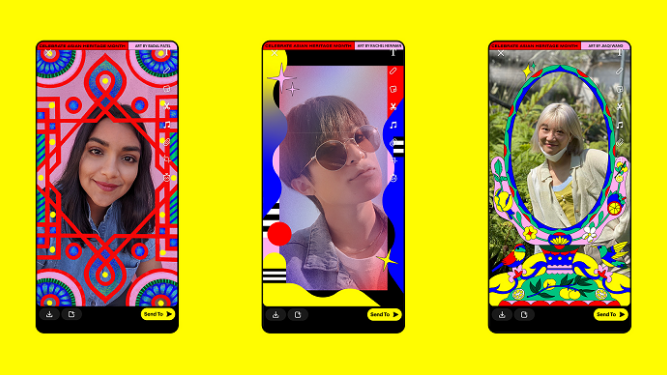 “To honor the diversity of APIDA experiences, we teamed up with a number of APIDA creatives including Jiqai Wang, Badal Patel and Rachel Newman to develop a series of “I Am APIDA” Lenses to uplift Snapchatters and encourage them to express themselves and their identities. We’re also releasing additional Lenses, Filters and the APIDA Pride Sticker Pack to allow Snapchatters to celebrate their heritage within the many countries, languages and cultures that make up the APIDA community.”

Snapchat also shared some new research into how its users are intending to check the occasion, and their assumptions around what brands look like to show their support/help for the API people. 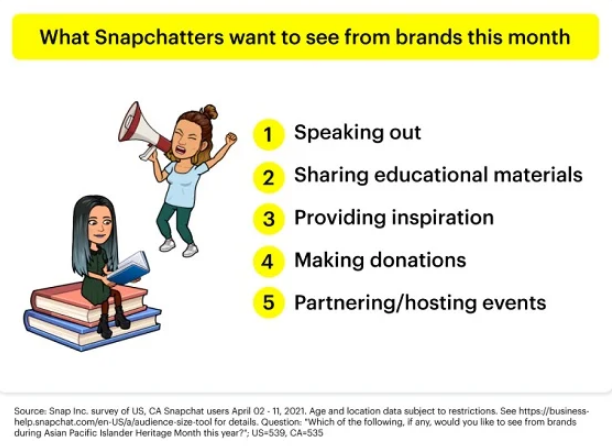 Snapchat desperately put more focus on this with a motto to facilitate more support from community & understanding.

Users can add these lenses by scanning following lenses mentioned below in images.