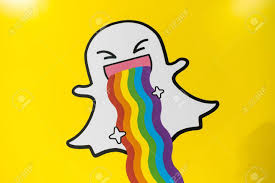 Snapchat is coming with a new feature of painting 3D AR effects over faces within the app only. This feature is not a huge leap like “World Lenses” 3D objects launched back in 2017. In World Lenses, users can easily attach any image but here it gives more freedom of creativity.

With this feature, Snapchat increased its Ar toolset collection. Earlier when user tap on ‘AR Bar’ then face changing variation to the right and games options to the left get opened but now various other feature also gets activated. Now Snap links the user directly to its lens collection and studio where users can create their own masks and overlays.

Snapchat is facing a lot of harder challenges from Tik Tok. With an ongoing challenge with Instagram over videos, Snapchat manages to handle a new update. Snapchat increases its creative capacity to AR as well now. Facebook is already been there in the AR tools and now Snapchat tris to attract the Facebook audience as well.