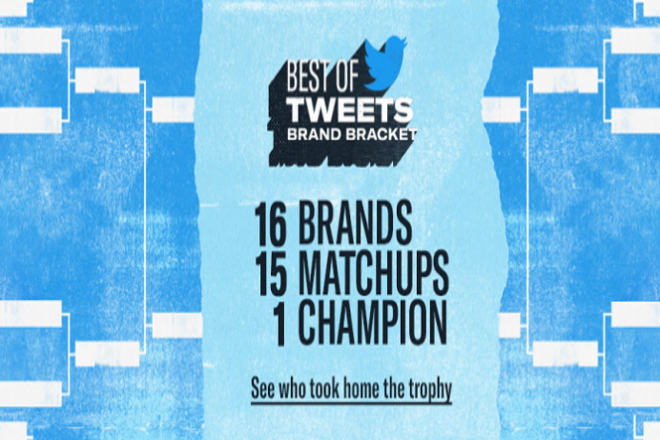 Twitter has been running its first-ever ‘Brand Bracket’ competition, to discover the best tweeting brand on its platform. Twitter asked users to vote for the winners for each head-to-head brand profiles battle on the basis of their tweeting capacity.

Entertainment Twitter goes head to head with Sports Twitter’s favorite brand for a chance at the title.

Twitter will then find out the ultimate champion after the end of this- which now has been revealed after 15 head-to-head battles.

Xbox came on the top, with users marking it as the best of brand tweeters after winning over Skittles in the final showdown.

The matchups were heated. But hundreds of thousands of votes later, one brand left it all on the timeline FTW!

Twitter states that the promotion saw huge support among the participating brands, with some brands offering products in order to win the event.

OK… here goes. Help us win this and we'll BRING BACK LIME SKITTLES! Yup, you read that right. Not an April Fools joke. Not clickbait. #Vote4SKITTLES now at https://t.co/gzvrD4E5GB#BestofTweets pic.twitter.com/IXRBJYWse4

But at last, it was Xbox who came out to be on the top. Xbox Twitter handle stands at 16 million followers and tweets more than 33 times a day including replies.

Xbox as it gets the ‘best tweeting brand’ title can use it for its promotional pitches and it will also get a special trophy for its win. Xbox’s success in engaging and staying connected with their fans clearly paid them off in terms of brand building on the platform. You can check out the entire history of the brand bracket on the Twitter Marketing account.