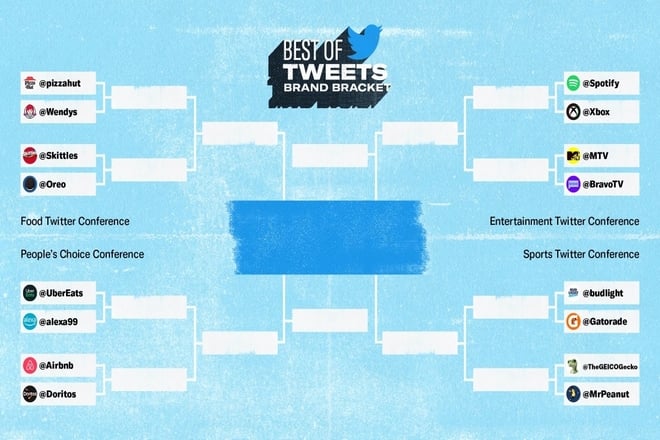 With the march madness around the corner, the Twitter marketing team has introduced its ‘Brand Bracket’, to identify the best tweeting business on the platform.

🏆 Ready to crown the best brand on Twitter? #BestOfTweets Brand Bracket kicks off in 3…2…1…

The “Brand Bracket” campaign is same as the Twitter’s annual Brand Bowl Promotion. Brand bowl promotion identifies the best performer of the super bowl campaign on the platform.

Brand Bracket is the best and another way in which people can look brand’s tweet, this feature will also provide another way for the brands to promote themselves.

We know the conversational nature of Twitter makes it a place where brands can be their most human-sounding selves. Brands can have two-way conversations with their audience that are real and unfiltered, and can’t be replicated anywhere else. With this bracket, we aim to celebrate those that do this the best – as selected by the people of Twitter.

However, this is a good way for marketers to know the best Twitter tips, by looking out the listed handles.