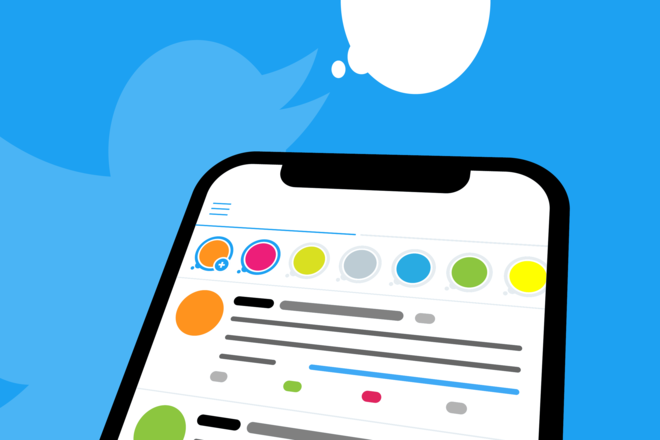 Twitter has not even rolled out Fleets in all regions yet, but the company already looking to testing out a new way for Fleets tool, which will allow users to make collaborative Fleets.

As seen in the picture the new feature will display double-bubble Fleets with both the users combined in one stream.

This could offer new ways of use like interviews, GIF wars, real-time highlights from the events. There is no such official information about it yet but this could add more to the rising stories trend allowing collaborative storytelling within one temporary feed.  Instagram on the other hand does have the option of co-streaming which offers similar effects in the stories bar.

But this is bound to only streams no other platform has yet offered collaborative stories that might add a unique element to Twitter’s services.

“It’s actually quite difficult to have a fireside chat when you have a billion people screaming into your ear. Like imagine we had tens of thousands of people in the studio with us right now, talking into our ear while we were talking to each other.”

Beykpour in this statement referred to the challenges of hosting Q and A through tweet because every user can add up their thoughts to a stream by using hashtags and making it difficult for both parties and users to follow a single thread. This is what made Twitter develop its new set of controls that who can reply to your tweets which is under testing with some users.

This new Fleet option may align with that focus and offer a new way to make confined and limited conversation in the app. Fleets is rolling out gradually in Brazil, Italy, India, and in South Korea the most recent addition.

“We are testing something new for some people using Fleets in Brazil so they can Fleet with another account and everyone can see their conversation for 24 hours. We are trying this to understand how people might use this new way of having conversations in Fleets, as part of our bigger efforts to better serve the public conversation and encourage people to share fleeting thoughts.”