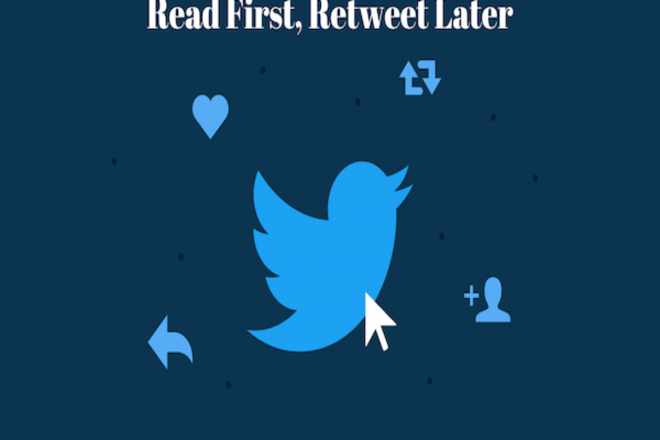 From June, Twitter has started with a pop-up of link clicking before Retweeting. Now, many of the users are doing it after the pop-up.

According to Twitter, poking users to read the full article before retweeting is actually working. Users are now opening the article 40% more than before.

Read More: Twitter Is Testing Out Audio Clips In DM’s With Users In Brazil

Headlines don’t tell the full story, You can read the full article on Twitter before retweeting.

We shouldn't have to say this, but you should read an article before you Tweet it. https://t.co/Apr9vZb2iI

So, we’ve been prompting some people to do exactly that. Here’s what we’ve learned so far. ⤵️

This totally proves that the aim of coming up with a prompt is totally successful. The main reason for designing prompt features is to encourage users more about what to share or what to not.

With a complete success, the company is planning to roll out this feature globally very soon.

Only the time will tell about the large impact of this feature on the false information spread over Twitter. At the first, this feature goes into testing and available only for news publishers only. Since there is no new information has been rolled from Twitter, this feature is affecting only news outlets.