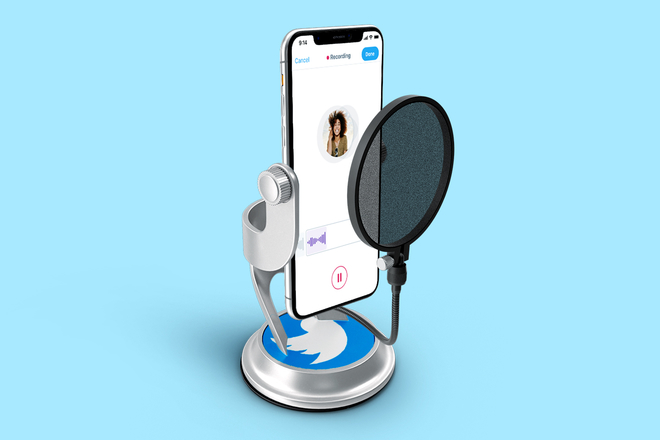 Twitter after rolling out audio clips in tweets back in May is now testing out audio DMs with some of its users.

Recommendation: Twitter To Add Descriptions & Headlines To Some Of Its Trends

Twitter is testing Audio Messaging in DMs (in Brazil) 🗣 pic.twitter.com/rzPqtE5Qjx

As you can see in the above tweet, posted by Matt Navarra, the social media expert which Twitter calls ‘Audio messaging’ that will allow users to record and send audio clips through direct message. Alessandro Paluzzi, the mobile developer also found the function in the back end code of Twitter back in August.

#Twitter is working on the possibility of sending voice messages in DM 👀 pic.twitter.com/QYmg287waJ

Considering this, it seems like audio clips in the DMs will be of maximum 140 seconds, similar to in the regular tweets with a recording icon added to the right side of the compose message bubble. It is not yet confirmed if it is the final version of the UI but Twitter is definitely getting closer to roll out this option. This option as of now is testing in Brazil. The buzz for audio tweets started a while ago with various big celebrities posting new sorts of tweets.

The key purpose of audio tweets is to open Twitter up to more users of various capacity and in this regard, audio tweets have more ways for vision-impaired users to engage with content on Twitter. Twitter also in this month, announced various new initiatives to enhance the accessibility of tweets, with audio tweets being the key role in the push. Though it is not like a game-changer but it will provide users creative options to connect with people via message.