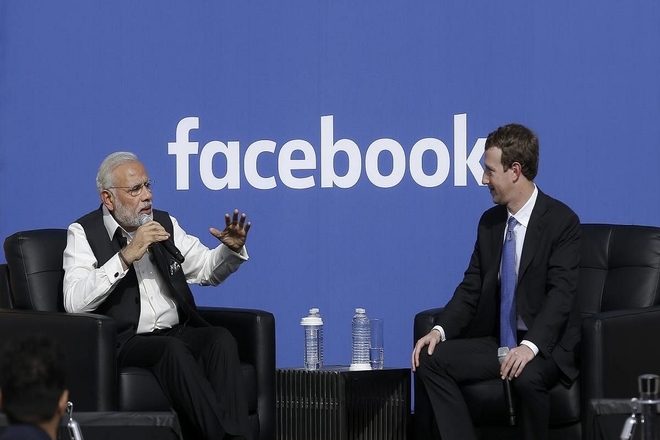 Facebook is facing a hard time in India, which is its biggest market due to a report that declared the company compromised its hate speech policy so in order to favor the ruling party. Politicians from the party which rules the government in India Bharatiya Janata Party and the opposing party Indian National Congress has criticized Facebook for its partiality to the other, therefore taking a political part in the country.

The debate was initiated in a report that stated Facebook’s top public policy executive in India, Ankhi Das had opposed implying the company’s hate speech rules to a person from Narendra Modi’s party. Along with this, posts from at least three more people of BJP were flagged for “promoting or participating in violence.” It would damage the company’s business ideas in the country if it comes to punishing violations done by the members of Modi’s party.

The company has invested $5.7 billion in the telecom venture Jio, run by Mukesh Ambani India’s richest man who is also an ally of Modi and its services have reached more than 400 million users in India. Facebook’s spokesperson says in a statement that the platform disallows hate speech and content that poses violence and that it applies “these polices worldwide without regard to any political party or anyone’s political position.

They spread fake news and hatred through it and use it to influence the electorate.

Finally, the American media has come out with the truth about Facebook. pic.twitter.com/Y29uCQjSRP

The Parliamentary Standing Committee on Information Technology  would certainly wish to hear from Facebook about these reports and what they propose to do about hate-speech in India.

Losers who cannot influence people even in their own party keep cribbing that the entire world is controlled by BJP & RSS.

You were caught red-handed in alliance with Cambridge Analytica & Facebook to weaponise data before the elections & now have the gall to question us? https://t.co/NloUF2WZVY

“Merely scratching the surface reveals how this storm in a teacup is merely an exercise to browbeat Facebook for ‘allowing’ certain opinions to even exist. It is no secret globally that Facebook has been hauled up by various government bodies for controlling the flow of facts,”

“In India, too, we have seen examples of Facebook actually filtering out non-Left and non-Congress viewpoints through manufactured labels of ‘fake news.’ They are even accused of using shadow banning algorithms,”

A group of digital rights advocacy based in New Delhi wrote to the Parliamentary Committee on Information Technology asking for the gathering of Facebook’s top global executives, hearings, and an international human rights audit leading to recompensation for victims.

Ankhi Das, public policy director of Facebook India, has registered a police complaint in South Delhi. In her complaint letter, she mentioned that she geting threats on social media. She has identified few Twitter accounts in her complaint, reports @saurabh3vedi @the_hindu