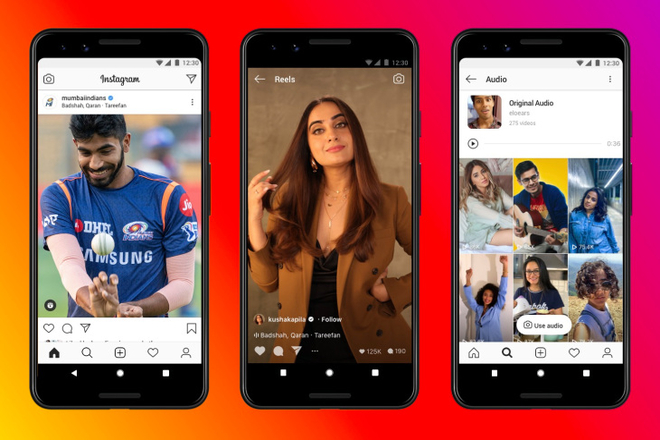 A new platform for sharing Tiktok like short videos is officially launched in the US. Most of the features are like Tiktok which is the best competition for the TikTok currently.

Insta-Reels are shared in the main feed and Instagram has updated the explore tab to discover Reels.

The first step is to open the Instagram camera and select the Reels option which is at the bottom of the screen. The next step is to use the tools you want in your videos. These tools are:

Reels is a feature of Instagram, however, TikTok was Itself an app. So users do not have to go and download another app. They just can directly use the reels feature. This the best advantage for Instagram as the user will not have to jump to another app to upload and make content.

It will increase the time spent by the individual on the app, who already use the app most of the time in a day.

By the launch of the Insta-Reels, users are less engaged on TikTok, however, another TikTok has been offered to sell its US operation to Microsoft or get banned which will automatically give the preference to Reels make it more popular.

Let’s wait and watch the competition between both the apps, as Instagram has the potential to launch new features. However, some features like IGTV failed to reach a mass audience but some features like copying Snapchat stories are a huge success for the app.