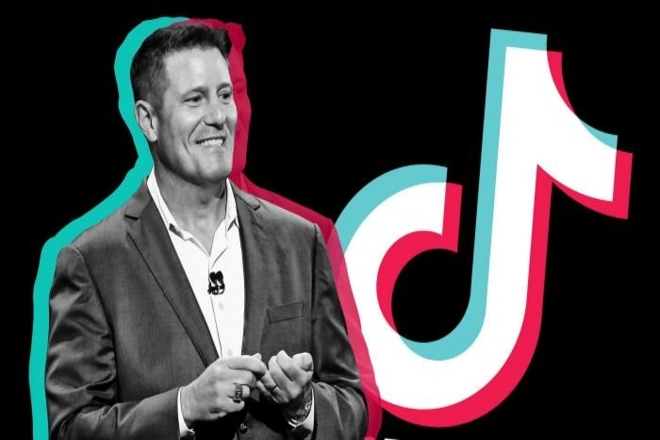 A lot of things happened for TikTok in the last 24 hours, as the company just recently announced it’s new ‘We Are Not Going Anywhere‘ merch and the company’s CEO Kevin Mayer resigned from the company, while according to the reports US retail giant Walmart shows interest in acquiring part of the app.

The resignation of the global CEO Kevin Mayer is the biggest news out of TikTok, who was just appointed back in May. As per The Financial Times reports, Mayer sent a memo yesterday to his partners letting them know about his decision.

According To The Mayer’s Note

“In recent weeks, as the political environment has sharply changed, I have done significant reflection on what the corporate structural changes will require, and what it means for the global role I signed up for. Against this backdrop, and as we expect to reach a resolution very soon, it is with a heavy heart that I wanted to let you all know that I have decided to leave the company.”

Mayer says that the changes mean that he can not actually be the ‘global’ CEO of the company as the platform will be divided into regions.

“I understand that the role that I signed up for – including running TikTok globally – will look very different as a result of the US administration’s action to push for a sell off of the US business.”

This does makes sense but there are assumptions too that Mayer has some issues continuing as TikTok’s face, as it become complicated in the global trade negotiations, pitting China and the US against each other. There are so many reasons why Mayer wanted to resign but the main point will be that his role, in the end, will not be the same for which he originally signed up for, it seems relevant enough for Mayer to resign. TikTok’s general manager Vanessa Pappas has been appointed for the CEO role in the interim.

Incredibly proud and humbled to take the role of interim head of TikTok. Our community and our team who work so hard to enable this product continue to inspire me. It's truly amazing what we've accomplished in 2 years, I have no doubt what we can accomplish in this next chapter!

It was Vanessa Pappas who came up in a video to assure users shorty after the US Government issued its Executive Order pushing the app’s sale in the US, while Pappas has faced the media on various occasions in the defense of the app.

TikTok To Be Sold In Some Time

CNBC has declared that the sale of TikTok to a US bidder is expected to be announced in the coming few days and the expected range will be $20b to $30b.

“TikTok is nearing an agreement to sell its US, Canadian, Australian and New Zealand operations in a deal that could be announced as soon as next week, sources say.”

CNBC states that TikTok has not yet decided to which company to go with, but Microsoft and Oracle are the two leading bidders. This might mean that TikTok will be divided into regional ownership clusters which seems to be more complicated. On the basis of the latest report, it says TikTok will be the part of the ByteDance in the UK, but does it mean different rules and features within each version and region?

It seems quite complicated and also to note the founder and CEO of ByteDance Zhang Yiming states in his statement regarding Mayer’s resign that company is in negotiations to have TikTok back in India. Which on papers will be under ByteDance control, as per the update.

Walmart, US retail giant has shown interest in acquiring TikTok, which will likely see Walmart joining Microsoft as the bidders for the platform.

“[Walmart’s pitch] would be to help turn TikTok U.S. into more of an e-commerce app for creators and users, much like what TikTok parent company ByteDance does with a similar app in China.”

The Chinese version of TikTok known as ‘Douyin’ now creates huge revenue through eCommerce integrations. Douyin made over $122 million in revenue last year, through the eCommerce. TikTok might need this as considering in that view, partnering up with Walmart makes sense.

As per the reports by The Wrap Oracle has become the preferred bidder for the app, with the deal of providing huge incentives to ByteDance.

According To The Wrap

“The proposed deal would comprise $10 billion in cash, $10 billion in Oracle stock and 50% of annual TikTok profit to flow back to TikTok’s China-based parent company, ByteDance, for two years, according to one individual with knowledge of the deal.”

The seems risky, which the US administration might not approve of considering that it includes handing stock in a US company over to Chinese ownership. There is a lot of things happening for TikTok and it is expected to have a final decision in the coming time.