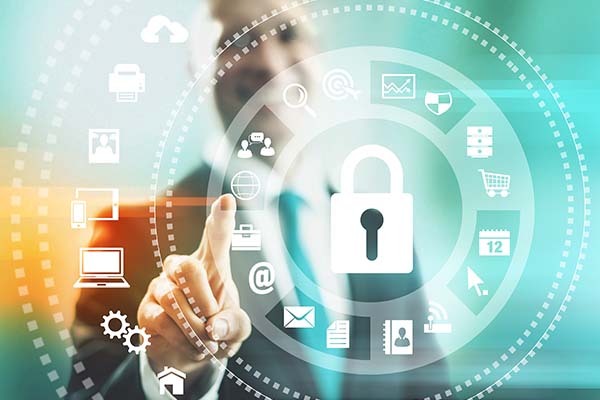 Developing an app is becoming a trend and more ventures at trying their hand at it. As per a report, there are almost 2.8 million apps for the Android.

Apps are so common that if you search for functionality, there is a high chance that you search result might end with over a dozen apps. This rat race for developing a killer app has resulted in a large percentage of poorly developed apps which are rejected by almost a quarter users after first use.

It is really worse that these bad apps can make users exposed. In a study by Codified Security, they have come up with the point that almost 40 percent of these apps cause vulnerabilities in your phone that can be later exploited by hackers.

Vulnerabilities cause exposure of data

These vulnerabilities causes exposure of user data or mailcious driver can get the access of servers as well as computers that are used in development and testing.

Since industry demands quick action because of hard comeptition and that’s why ventures ship software quickly. For all that, hasty coding and sloppy testing leave the company and its users exposed to the risk of cyberattacks that prompts potential dreadful result.

These issues become more crucial when new technologies like internet of things (IoT) and wider adoption of financial technology come in to existence that set forth a new world of applications and services.

There are very crucial reasons for which tech startup should be more consice towards security concerns.

1. Menacing would be pervasive

Last year, various companies including interent infrastructure providers, government intitution, large tech companies, and banks were not excluded from the cyber attacks. Some of the top threats that still persist these days are distributed denial-of-service attacks (DDoS), data breaches, and ransomware.

Security firms like Kaspersky consistently find ransomware as top threat for organization. Ransomware is a kind of malware and it encrypts a computer file or network files. Thereafter, attackers ask for ransom from the target in deal for giving back the files.

DDoS attack denies access to the website by overloading it’s server with traffic. The biggest DDoS attack ever recorded was on DNS provider Dyn last year which in turn affected Spotify, Netflix and The New York Times as these sites were under Sun’s network.

Data breach is a real threat to end users as personal and confidential data once in wrong hands can do a lot of damage. These data fetch a reasonable profit in the black market. Sites and apps that store personal informations are main targets for such attacks.

Businesses get manifested because of several reasons and especially non-tech startups are more unfortified. Moreover, in the absence of dedicated and trustworthy personnel for handling the proper use of IT resources, it is a general act that computers as well as networks are left unsecure.

The one common reason is absence of training and awareness on fundamentals of IT securities practices that also prompted vulnerable space for attacks.

Security should be adopted as a crucial part of job

Tech companies must be aware with the fact that if they are involved in some superior products then they must acquire security as a crucial part of their job. A large portion of stratups are developing such products that can ensure about the security and safety of their software.

Mirai was the foremost malware for most DDoS attacks last year. It targets unsecure Internet of Things to carry out the attack. Poor design and lack of good security features was the main reason for the success of Mirai. Ignoring security features while designing a product can result in grave consequences.

The codified security provides details about the app vulnerabilities that arise because of careless coding and exectution of plans. Developers sometime leave out data in published code like server credential and many more. As some apps might use the same server instance while they are live for public use, it would finally compromise all the data present in the server which could also contain end customer data.

Downtime or disruption demands loss of money and it becomes costlier for any business. Incapsula, Network security solution, calculated the average downtime cost for an ecommerce website by DDoS to be almost $40000 per hour. Other attackers are also involved in DDoS attacks as they know that company would give a handsome amount of ransom to avoid the downtime cost.

In a study by IBM and Ponemon institute, it was revealed that each attack costs the company almost $158 for damage. Additionally, the data breach causes a heavy downfall in company’s valuation.

What happened when Yahoo data got breached

After breach of data of Yahoo, its sale got diminished and Verizon demanded a sum of $350 million of discount after the news of data breach were publicised.

Attackers may ask for $722 for ransomeware that locked the critical data files of the organisation and doesn’t have any backup systems in place. Well there is no assurity of restoration of data after payment of asked ransom.

Apart from the financial issues, buisness will also suffer with trust issues and it might be possible that it will loose a portion of trust for its clients, when it is struck with the cyberattack issues. And for a startup it will lead to its end before it sprouts out healthy.

Security should be priority

So the very first question that arises is how a tech startup can mitigate these kind of risk by own.

QA should be a critical subject

In a software designing and development, security should be a key consideration on the side of developers. Code should be prudently analyzed timely to track the vulnerabilities that can be abused. That’s why an intensive testing or QA is a critical subject that should never be skipped in favor of initation of shipping as well as launch date.

Audit is an another good option

In fact, company should adopt genuine and timely audit to identiify vulnerabilities in operations and services. Training programme should be scheduled in order to educate the staff about vulnearibilities in various segments and to ensure that IT resources are uitilized in secure manner.

Tech businesses also acquire security measures to deal with all business activities especially those which are involved in clients data like marketing and sales.

Customer information should be the top most priority for any business. Start-ups owe the end user for the trust they have put in their company.