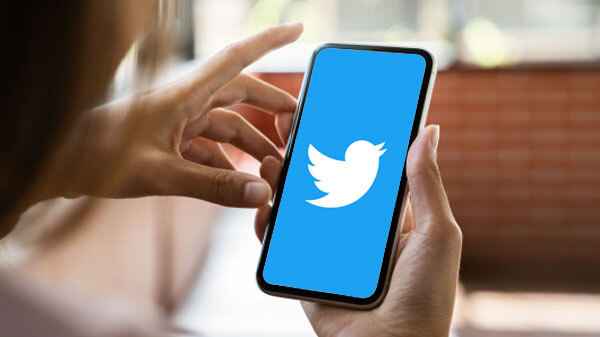 As we all know that Twitter is testing something new every time to make the platform even better for their users.

This time Twitter is working on something new to make users to share their tweet with selected group of people instead of all followers. The idea is to bring more from the twitter’s experience & not to make different accounts for different audiences & interest.

Now Twitter has shared  some overview of its new option, how it really works?

Twitter might be testing a variable audience control toggle within the tweet creation section along with a note section related to relevant tweets, indicating who can able to view them. 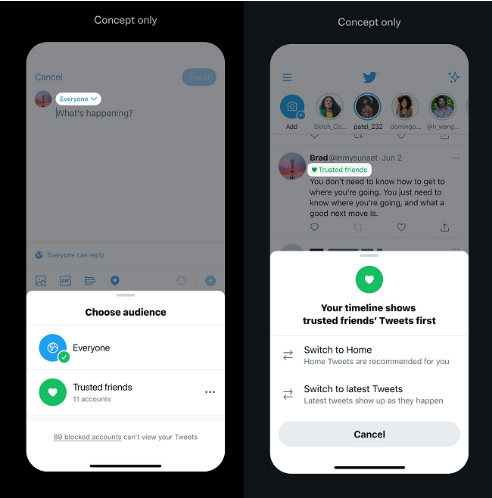 Another option is might be referred as Twitter’s “Facets” which enables users to create a different list of audiences within a single profile. 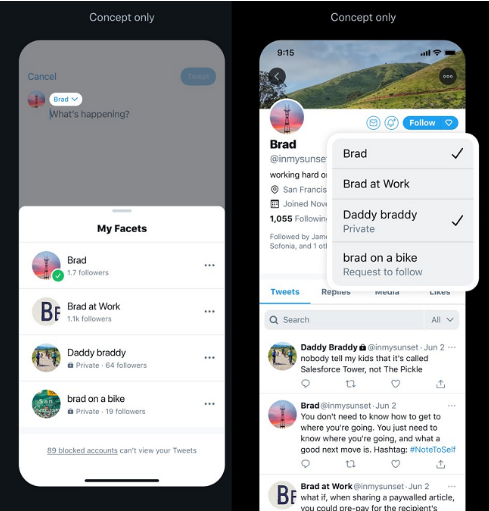 This signifies that users will be able to post their tweets with their preferred set of audience without being switching over various profiles while the followers also have the option to follow their different element of the profile as per their interest.

Twitter has specially mentioned that its not creating these layout yet.