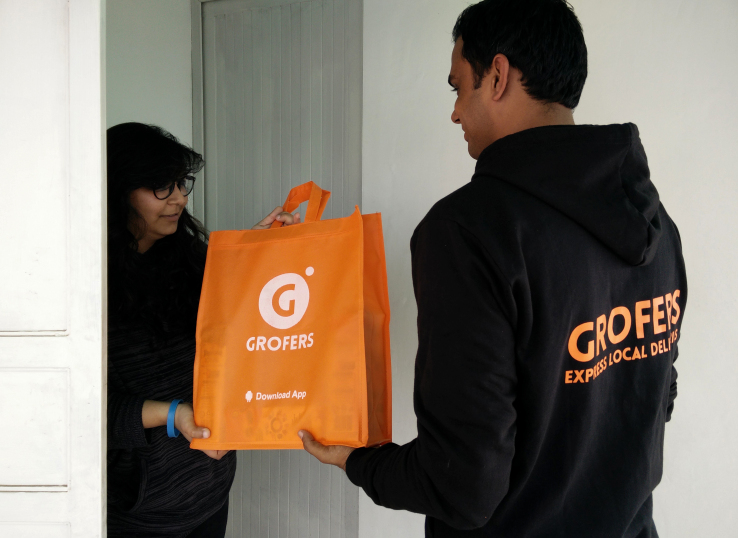 Grofers, Gurugram-based hyperlocal grocery delivery startup, is about to gain profit along with market share through its step towards initiating 15 offline stores across Delhi-NCR.

Startup has two kinds of stores

According to Money Control report, the startup has established two kinds of stores: Franchise stores and Tuck Shops. It is also on the way to have a word with startups in city like OYO Rooms to initiate tuck shops in their premises which will serve snacks and soft drinks at affordable ranges.

Whereas, startup is looking to offer franchise stores in various residential areas in Gurugram. The primary purpose of all these new stores is to serve fresh produce and dairy products along with serving the daily grocery needs to local residents. As per the report, the franchise model driven store will incur comparatively less operational cost by Grofers.

The project is in its initial phase with the aim to strengthen the market hold of Grofers to help it emerge as a leader in the national capital and NCR. The products from the startup’s private label like Freshbury and Best values are already sold through retail shop. There were speculation of its merger with it’s rival BigBasket earlier this month.

Saurabh Kumar and Albinder Dhindsa launched the Grofers in 2013. Firstly, it had owned a fund of $10 Mn through venture capital funding driven by Tiger Global Management and Sequoia capital India in February of 2015. In the same year in month of April, it acquired a sum of $35 Mn by Tiger Global and Sequoia Capital. It had gained $120 Mn of funds from SoftBank Corp in 2015.

Well, the year 2016 had brought some tough days for the company when it had to shut down its operation in nine cities: Bhubaneswar, Bhopal, Visakhapatnam, Rajkot, Mysore, Kochi, Coimbatore, Nashik, and Ludhiana.

It also faced legal actions after revoking job offers of 67 students. A summon has been sent to the company by 20 students in July of 2016, still it has made a trial for come back with the launch of desktop website and left its app-only model in October of 2016.

Come back with new ideas

Well its great step was seen in the month of December of 2016, just after demonetization, when it was delivering currency notes up to Rs 2000 at doorstep along with grocery order. This was preceded through coupling with YES Bank PoS machines.

Next strong step it has taken is going ahead with the partnership with Reliance Fresh for completing the idea of Pan India. Reliance Fresh stores in 14 cities will onboard Grofers platform after this partnership. Grofers users can order from various verticals of Reliance Fresh like grocery, vegetables, fruits etc.

The pilot project of the company will proceed with the help of some bigger players in India like Godrej Nature’s Basket, BigBazaar, Reliance Fresh, and EasyDay.

There are several contenders of the company which includes Jugnoo which launched a new service Grocery in October month of 2016. On other hand, Satvacart acquired a hidden amount of funds from Nimit Panigrahi, an entrepreneur, in angel funding round.